Why stay in Bradford

Victorian museums hosting modern artists, 21st century performances surrounded by Edwardian architecture alongside innovative festivals. If you want to become immersed in culture then Bradford district is the place to choose.

Bradford was awarded the title of the world’s first UNESCO City of Film due to the city’s rich film heritage and its inspirational movie locations. Bradford has been a film location since the beginning of cinema, with its indigenous film industry being traced back to the years around the First World War. To this day Bradford district is still chosen and featured in top films and TV series.

Bradford is proud of its cultural heritage. This city was the birthplace of the famous artist David Hockney, and you can be enthralled by his works at Salts Mill and Cartwright Hall.

Salts Mill is set in the UNESCO World Heritage Site, Saltaire. The Grade II Listed historic mill building was built in 1853 by Sir Titus Salt along with the village to house his workers. The whole area is of architectural and historical interest.

Salts Mill is home to one of the largest collections of David Hockney’s art. On the ground floor you will find the 1853 Gallery which houses a permanent exhibition of works by David Hockney.

Gallery 2 and the Saltaire Exhibition

On the second floor beyond Salts Book and Poster Shop is Gallery 2 and the Saltaire Exhibition. Gallery 2 has a collection of work by Henry Marvell Carr R.A entitled “The Textile Process” and Simon Palmer’s collection of Saltaire paintings and drawings. At the rear of the gallery is the Saltaire Exhibition which is a fascinating exhibition which explores Saltaire’s history from 1853 to the present day.

If you enjoy shopping then take time to explore the many independent shops in the mill which include everything from bikes to antiques. Stroll around the Salts Book and Poster shop and browse in The Home a luxury home ware and furniture shop.

A popular choice with locals and visitors alike is Salts Diner, found on the second floor. If you just fancy a coffee visit The Espresso Bar (go through the Diner and turn left). On the third floor is Salts Mill’s excellent fish restaurant, Café in the Opera (open Wed – Sun 10am – 5pm).

This gallery dedicated to the work of Bradford born artist David Hockney, showcases Bradford’s unrivalled public collection. It includes early work and provides an introduction to his life and art with a particular focus on Yorkshire and Bradford.

Cartwright Hall is set in the magnificent, Green Flag-awarded grounds of Lister Park, with a boating lake, adventure playground and Mughal Gardens.

Stroll around Lister Park to view sculpture and public artwork, some on loan by the artists, others from Bradford’s own collections.

There is also a privately run cafe in the Lister Park boat house that serves hot and cold drinks, food and ice-cream. Open April – September, 12 noon -7pm; October 11am – 5pm (weekend only). If the weather is good you may find the cafe open outside the usual hours!

If you are looking to experience live entertainment, you won’t be disappointed. There are always have new festivals being introduced such as the Bradford Family Film Festival, or the long established ones such as Ilkley Literature Festival and Saltaire Festival.

Spend time together as a family and enjoy a day out in Bradford district. Bradford offers great value for money with its many free attractions and activities.

When the sun is shining, burn off some energy at one of the districts many parks; with a boating lake at Lister Park, the Totem and Play Trail around Peel Park or adventure playground in Bingley St Ives. You can enjoy splashing around in the outdoor pool at Ilkley Lido or simply play by the river in Roberts Park, Saltaire.

There is still plenty to do on those rainy days as well. There are many free attractions such as the National Science and Media Museum, Cartwright Hall and Cliffe Castle Museum. Look out for the activities for children run by Bradford museums and galleries during the school holidays. For something a bit different try the Bradford IMAX or travel by steam train on the Keighley & Worth Valley Railway and the Embsay and Bolton Abbey Steam Railway.

Events and festivals are run througout the year as well child friendly theatre performances and Big Screen Film and Fun Wednesdays in City Park. So you really can guarantee the children won’t get bored in Bradford district.

Bradford has a rich and fascinating history from Roman remains to Victorian grandeur. With a long industrial heritage, Bradford is proud to have once been the wool capital of the world which lead to pioneers such as Sir Titus Salt to build businesses in the area. You don’t have to go far to find out more, simply walk the streets and look up at the architecture or learn more about Bradford’s history at Bradford Cathedral and Bradford Industrial Museum or visit the magnificent Bolling Hall a 17th century mansion house.

Nearby Saltaire, a model Victorian village and a UNESCO World Heritage site is a joy to visit and make sure you join a guided walk to learn more about the village’s past. Saltaire became a UNESCO World Heritage Site, thanks to its preservation as a Victorian industrial village. Mill owner Sir Titus Salt built the village for his workers and today Saltaire attracts millions of visitors to its magnificent architecture.

Today his great mill complex is the key feature of Saltaire, but make sure you visit Saltaire United Reformed Church – one of Britain’s most precious Victorian architectural treasures.

Renowned for its rolling hills and rugged moorland, Bradford district is a paradise for walkers and cyclists or to simply escape and enjoy the big blue skies and inspiring views. Depending when you visit the countryside can be either tranquil and inviting or wild and windswept.

The rugged and beautiful Pennine countryside and open spaces is what makes Bradford district picturesque and inviting and home to many fantastic walks taking in spectacular views.

You can take a walk on Ilkley Moor where you’ll find breathtaking views and the Swastika Stone, one of the many carved pre-historic rocks found on the moor. You can visit Brontë Country and explore the rugged moorland once inspiration for the Brontë sisters.

So whether you want to grab your walking boots and binoculars, or jump on your bike, the decision is yours but Bradford district is the obvious choice!

The moment you set foot in Bradford & district you’ll discover inspirational things to see and do. There’s a flourishing arts scene… fascinating exhibitions… energetic theatres… compelling events… plus stacks of live music to keep you enthralled.

Bradford Festival brings a vibrant, colourful and multicultural programme of the very best international, British and local theatre, art, music and dance right into the heart of the Bradford, in the multi-award winning public space, City Park. The 2020 Bradford Festival will take place 10-12 July.

Haworth plays host a a wide range of themed events throughout the season, from the Haworth 1940s to the quirky Steampunk Weekend in October.

Held every year since 2013 the event has gone from strength to strength, come along and enjoy the atmosphere.

The steampunk genre re imagines Victorian & Edwardian science fiction in a “retro-futuristic” style.

Events taking place over the course of the weekend include street entertainers, bands, and a very special “Steampunk Burlesque” show.

If literature is your passion, walk in the footsteps of the Brontë family at the historic Brontë Parsonage Museum. Booklovers will be spoilt for choice at Bradford & Ilkley Literature Festivals.

The Brontes are the world’s most famous literary family and Haworth Parsonage was their home from 1820 to 1861. Charlotte, Emily and Anne Bronte were the authors of some of the best loved books in the English language.

The beautifully preserved museum has celebrated it 90th anniversary of opening its doors to visitors in 2018. Set between the unique village of Haworth, and the wild moorland beyond, this homely Georgian house still retains the atmosphere of the Brontes’ time.

The rooms they once used are filled with their furniture, clothes and personal possessions and displays are changed annually, so you can always be sure of seeing something new.

Saltaire Festival takes place annually in September, a feast of music, theatre, comedy, heritage, art, sculpture, food and drink, and so much more. There are numerous arts events during the year brought to you by Saltaire Inspired – Open Houses Trail, Makers Fair, and the Saltaire Living Advent Calendar .

The Victorian mill village of Saltaire was founded in 1851 by Sir Titus Salt, a leading industrialist in the Yorkshire woollen industry. Salt relocated his five factories from Bradford, into one, bespoke textile mill on land adjacent to the Leeds Liverpool Canal, and designed a village around it to house his workers (later named Saltaire, after its creator, and the river by which it stands). Picturesque stone cottages provided homes to Salt’s employees, and the village included facilities such as a school, park, hospital and church. This exceptional village is widely regarded as a prime example of its Victorian times and was given UNESCO World Heritage Site status in December 2001

The festival programme covers two weekends and the week in between. The first weekend features the popular Open Gardens trail, giving visitors the opportunity to explore the village and its history through its current residents. Yards and gardens will host works by local sculptors, in association with Saltaire Inspired, and there will be pop-up and surprise events in homes around the village, with children’s and family activities in the village and Roberts Park. The festival concludes with food, drink and markets in Roberts Park, as well as free live music and entertainment on both days. Music is a key feature of the festival and, whatever your taste, there should be something of interest for you. Free and ticketed events take place over the course of the 10 days, offering a mix of styles and genres

You’ll find the hottest creative talent around showcased in our many galleries too. Be sure not to miss popular festivals at the National Science + Media Museum – Yorkshire Games Festival, the Bradford Science Festival, and Widescreen Weekend. 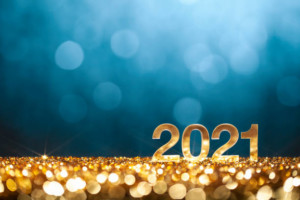 Waking up in early January 2021 was an anxious time for all those involved in the hospitality business. The ‘cancelled Christmas’ had just passed where 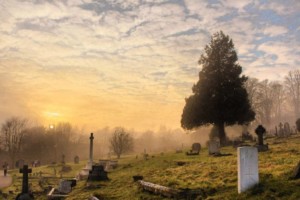 All Saints Day – celebration around the world

All Saints’ day is the day after All Hallows’ Eve or Halloween. It is a banquet day celebrated on November 1 by many Roman Catholic, 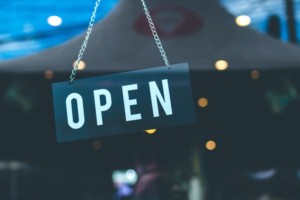 The Rise of Serviced Accommodations

And just like that we’re down to the last quarter of 2021! So much have occured in the past quarters – on and off lockdowns, 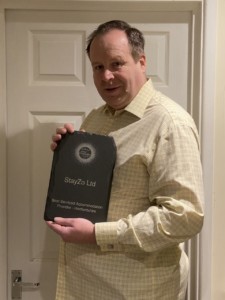 As the world becomes more advanced, the ability to choose becomes more prescient. Choice is what makes for true luxury. We take a closer look

Thank you for your support this year 2020. So, this year was……..different. Who could have predicted how 2021 would have turned out? At the start 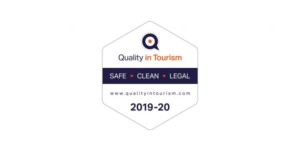 Safe, Clean and Legal This accreditation is designed for entry level hospitality accommodation products offering confidence and reassurance to your customers when making buying decisions.

Please enter your username or email address. You will receive a link to create a new password via email.